Colleges
High School
Menu
High Schools
Colleges
Install the app
Forum list Trending threads Latest activity Posts
You are using an out of date browser. It may not display this or other websites correctly.
You should upgrade or use an alternative browser.

FB Recruiting LIVE from the Rutgers 7on7 Passing Camp

Things will get rolling around 9 a.m.

So what does Jayden Jones do now?

If Corey Sanders landed in Georgia after starting nearly every game in 3 years, where does Jayden end up with 150 minutes and highlights over Merrimack?
Click to expand...

Let the riots and looting begin
Click to expand...

It is all Rutgers and Michigan for Kante. Maryland is not as previously believed a factor.

Rutgers is very serious about Elijah Moore of Cardinal Hayes and is checking him out thoroughly this weekend.

Caleb had some serious $$$ suitors in Europe and NIL really helped maintain him.
Click to expand...

Growth by way of secret scrimmages

Rutgers secret scrimmaged Yale every year until last year and don't get me wrong. They were very equal, except for one year. Last year it was Nova and UConn and by all accounts they were close and perhaps Rutgers won the 20 minute periods with starters only. They are good proving grounds, notwithstanding that Rutgers got off to a slow start in November. I am hearing that once again it will be some top flight Power 5 competition. No way a major Power 5 would have scrimmaged Rutgers in 2016 or 2017.
Click to expand...

I placed a couple small wagers on Chet #1 and Jabari #2 just in case.

Is Ivey at #4 the first Big Ten player off the board?
Click to expand...

FB Recruiting Inside The Banks: Scoop From June 21-23 Official Visits

With Richie dealing with some family stuff I...
Click to expand...

Iowa packs their bags for their first road game of the year
Click to expand...

According to sources, as what some mock drafts...
Click to expand...

Communicated with a bunch of coaches and Rutgers will be at ND,VT,or Miami. Trying to get correct one. In other news Iona is in the Mohegan doubleheader in the other game.
Click to expand...

We need BOTH Boyle & Galban

So I wanted to talk about this in a separate...
Click to expand... 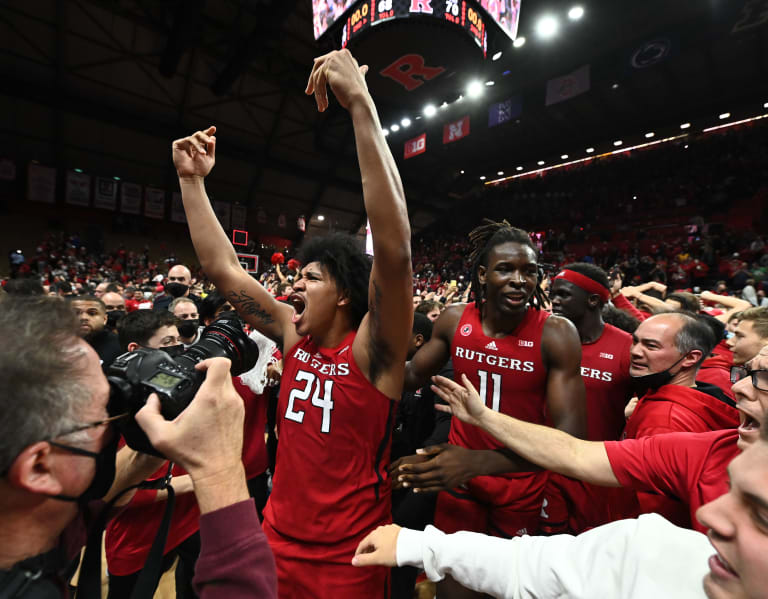 RHJ didn't get drafted, but is still going to the NBA

So I know when you are in highschool, you...
Click to expand...
Load more