PISCATAWAY, N.J. – Rutgers men’s lacrosse attackman Kieran Mullins will return to Rutgers for the 2021 seasons. After last season was cut short by the COVID-19 pandemic, Mullins will utilize the extra year of eligibility provided to spring sports student-athletes by the NCAA for one last season ‘On the Banks’, returning to action with his teammates.


Mullins has excelled since joined the Scarlet Knights program in 2017, starting in all 47 games in his career. He has scored 99 career goals and added 80 assists for 179 points. He’ll enter next season 11th all-time in Rutgers in goals and eighth all-time in points. Mullins was an All-American in 2019 and is a two-time All-Big Ten selection, earning First Team honors in 2019 and Second Team in 2017. He was named All-ECAC in 2019 and has been a member of the Tewaaraton Award Watch List.

Mullins has also excelled in the classroom. The 2020 Senior CLASS Award Nominee and Scholar All-American was a three-time Academic All-Big Ten selection and three-time Big Ten Distinguished Scholar, majoring in Cell Biology and Neuroscience. The Islip, N.Y. native was the recipient of the Big Ten Postgraduate Scholarship, which he intends to utilize to enroll in Medical School. When the spring season was halted, Mullins took a step back to think about how he wanted to pursue his future goals.

"I took a break for a bit, then in June and July I talked to my family and got their thoughts on everything," Mullins explained. "I knew I wasn’t going to apply to medical school until the following year anyway. I realized that I could take another year to help prepare my application, whether it be getting some experience in the hospital or doing research while taking classes. So it was kind of a no-brainer for me once the dust settled to have another chance to come back and play Rutgers lacrosse again."

Mullins deferred his graduation to be able to still be enrolled in undergraduate classes. That will enable him to lessen his usual academic workload and be able to devote more time to increasing his practical experience outside of the classroom, enabling him to be more well-rounded as he approaches a career in the medical field.

With Mullins returning, the Scarlet Knights will boost an offense that will return their top seven scorers from last season. Mullins paced the team with 10 assists, while also placing second with 10 goals and 20 points. The Scarlet Knights are ranked No. 22 in the nation in the early rankings from US Lacrosse Magazine. A team captain, Mullins will provide leadership to a group that is eager for success.

"I'm excited to be back in the locker room with everybody," Mullins said. "A main deciding factor for me coming back was the team aspect. The culture here at Rutgers is great. I'm excited to be a part of it for another year. We have brought in some highly touted players, and we're excited to put a really good team together and have the chance to do something special and leave a better legacy."

The team will also utilize the Gary and Barbara Rodkin Academic Success Center. Slated to open prior to the 2021 season, the future home for the program will serve as the team's new locker room and provide added academic resources to aid the team in the classroom.

"It’s pretty exciting because I didn’t expect to be around when we moved in there,' Mullins said. "It’s going to be a great facility for us. We’re so thankful for everything that Rutgers athletics and everyone associated with it has done for it. That is going to help our team out big time. We’re going to have a really nice locker room to really show off, our own space. That creates some more incentive for everybody."
Reactions: RoxboroughKnight 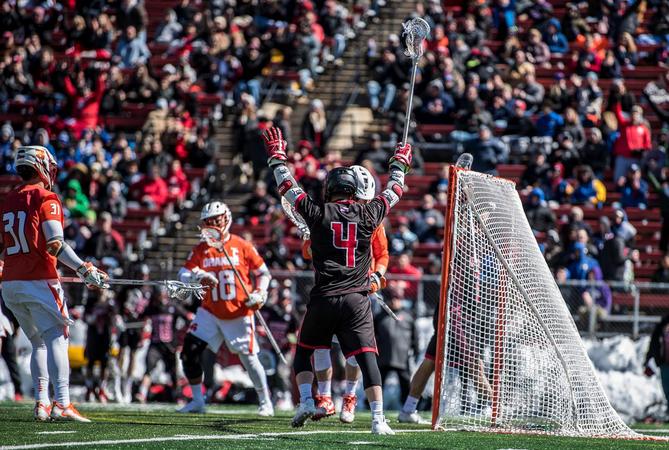