Been talking about this for a few days in the other storm thread and figured it's time to start a thread on this, partly because there's already a ton of media hype about it, probably because we've had 3 pretty impactful nor'easters in a row in the NY/NJ metro and NE US, in general. While the potential is major, it's so far out many things could make this a non-snowstorm, like suppression to our south by the colder air that will likely be in place or the track being too far inland bringing mostly rain. However, these past 3 nor'easters were all showing up as major storms on some models 7-8 days out and that is the case now. In addition, most major storms do show up well in advance, but not all pan out (and very few major storms give no indication of being major storms 7-8 days out).

The NWS is already talking about it, TV mets are mentioning it and The Weather Channel has actually been doing segments on it every half hour with winter weather expert Tom Niziol. He's been doing a very nice job of explaining the ongoing pattern I've been talking about for weeks, with a negative North Atlantic Oscillation (a "blocking" high near/over Greenland) forcing the northern branch of the jet stream to dive deep down into the SE US and then return up the east coast, going around the west side of that blocking high; when the jet stream takes that path, it drives colder than normal air into the eastern US and is conducive for cyclogenesis of coastal storms off the east coast, producing wintry nor'easters.

There's no "guarantee" this pattern will produce snow, as many other things have to work out just right for us to get snow in this area (this isn't Syracuse), but patterns like this have historically been quite cold and snowy on average, as we've already seen. Not going to post the various model maps, since we're so far out things will change a lot - just note that every major global model shows a major winter storm in this timeframe, but not all are snowstorms. If you want to gawk at models, take a look at the 33andrain thread or post them yourselves - it's a free country, lol...

in to say thank you, before you get attacked.
Reactions: RUonBrain, ScarletRunner, jerzey devil and 5 others

There is already a thread for this purported event
Reactions: ATIOH, Tango Two, bac2therac and 1 other person

First day of spring, huh? Feels like we've had snow on that day a couple of times recently.
R

Couldn't we speed it up a bit to cancel my jury duty?
Reactions: FastMJ

+1
Why a second thread? Is it an ego thing?
Reactions: ATIOH, Tango Two and bac2therac

#s, you do a nice job in breaking down and putting the science together in a comprehensive and understandable manner.
Reactions: RU848789, Purple-Ed and JoeRU0304

Thanks #s - hopefully this one turns into a nonevent.
Reactions: RUJMM78 and RU848789

As I've said many times, I don't really care how many threads there are on the weather - I like starting the threads because my guess is I'm the only one who goes back to them after the fact, routinely and uses them - and it's way easier to find them if I start them (try searching for posts instead of threads). I just made updates to the 3/2 and 3/7 threads yesterday that probably nobody noticed, but it was much easier to find them since I had started those threads. So, y'all are going to have to live with this thread too. Feel free to not post in it if you don't like it.
Reactions: RUonBrain, pmvon, IsItLuck and 5 others

I also prefer when there is a date in the title, fwiw. Makes it easier to find when scanning the threads.
Reactions: newell138, RU848789, kcg88 and 1 other person

a thread that was filled with some model runs already from yesterday discussing how the models are all over the place some showing hit, some showing nothing, some showing a little

This is the real thread.
Thank you #’s.
Reactions: RobotHunter and RU848789

Which is not the original?

My god stop, Numbers does a good job. so does Bac and others. Who the F cares if he starts a separate thread. If I turn on my TV there will be 100 reporters talking about it. is it all an Ego thing? Dumb.
Last edited: Mar 14, 2018
Reactions: RUaMoose, RU848789 and RUfubar

Knight Shift said:
Which is not the original?

is Hydrox still in business?

I actually preferred Hydrox over Oreos back in the day 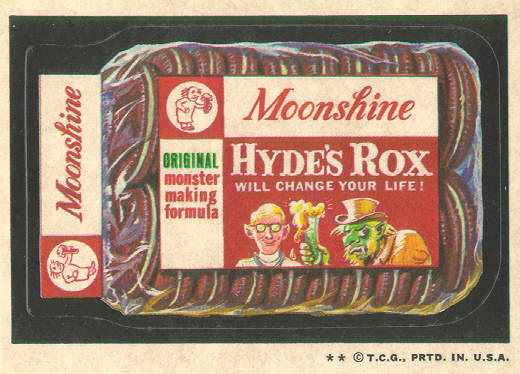 Sunshine Biscuits made Hydrox, as well as other products, at their Sayreville facility.

Anybody who grew up in Sayreville knew people who worked at the plant and got lots of free cookies.
Reactions: Ridge 22, T2Kplus10 and Local Shill
M

bac2therac said:
I actually preferred Hydrox over Oreos back in the day

I was surprised but the knockoff ones from Aldi are pretty good for barely over a buck a package too.
R

Numbers or Bac have to start the thread for it to be official. Similar to the Halloween Candy thread. Anyway, it's good to have this information early regardless of what happens so people can plan ahead and make decisions. BTW, Hydrox were always dry from what I could recall, unless you dip them in ranch, sorry wrong thread...
Reactions: 1984 and rutgersguy1

Knight Shift said:
Which is not the original?

I actually prefer Hydrax. "Did you know there was an off-brand Hydrox?"

RU4Real said:
Sunshine Biscuits made Hydrox, as well as other products, at their Sayreville facility.

Anybody who grew up in Sayreville knew people who worked at the plant and got lots of free cookies.
Click to expand...

It was a sad day when the factory closed. I was in grade school, but remember going to school and learning that several classmates' parents were suddenly out of work.

When would we expect to have a fair idea of what's coming on Tuesday... by Saturday afternoon or so? Or given how late it is in the season and the higher level of uncertainty, would it really be more like Sunday?

I think it's time to dispose of the guy who keeps shaking the snow globe the way we dispose of old, bulky computers. :stuck_out_tongue_winking_eye:

bac2therac said:
Better idea of any trend on Saturday but that wouldn't be anything definitive

While the pattern and atmospheric conditions are conducive to an event it is just as likely we don't have one
Click to expand...

I'd imagine this late in the season that even on Saturday or Sunday there'd still be a high level of uncertainty. A big snow at this point would need to essentially thread the needle on conditions being "just so", wouldn't it?

Oreos have jumped the shark for me. See how many colors they have now? Orange Green and Red Green Brown yuck
Reactions: ATIOH

RUChoppin said:
I'd imagine this late in the season that even on Saturday or Sunday there'd still be a high level of uncertainty. A big snow at this point would need to essentially thread the needle on conditions being "just so", wouldn't it?
Click to expand...

Pretty much...thats why I think its way too early to have this thread..thread based on media and weenie board hype 7 days away.
C

Hydrox were long popular among observant Jews. The reason? Oreos were made with lard (from pigs, and hence forbidden under the dietary laws) and Hydorx were not, and were certified as kosher. had a friend whose mother would not allow Oreos in the house, and so would serve Hydrox, which I disliked. Oreos have since stopped using lard and are now certified as kosher. One problem remains for both Oreos and Hydrox for those who keep kosher: both are dairy and therefore cannot be consumed with a meat meal. Of course, all this affects only those Jews who keep the dietary laws, who are probably no more than a fifth at most of American Jews.

Why are the Jews the only ones not eating it
R

bac2therac said:
Pretty much...thats why I think its way too early to have this thread..thread based on media and weenie board hype 7 days away.
Click to expand...

I'm actually surprised the media is hyping this so early. They seemed to stop doing that after having a couple of big busts a couple of years ago. I know it's probably because we just got hit by three events, but I think that's all the more reason to not feed hysteria now.

RUChoppin said:
When would we expect to have a fair idea of what's coming on Tuesday... by Saturday afternoon or so? Or given how late it is in the season and the higher level of uncertainty, would it really be more like Sunday?
Click to expand...

I'd say by sometime Wednesday, lol. Seriously, here's what I just posted elsewhere:

"12Z GFS looks pretty similar to the 00Z Euro last night - coastal hugger with mix/rain for 95/coast and lots of snow inland, while the CMC just looks weak with a decent track for snow north of about 276/195 in PA/NJ, but nowhere near as much precip (guessing it doesn't explode off the coast).

I assume we're going to see models bounce around for a couple of days until it's clear which low to focus on and how the players and pattern "fit" together synoptically. Bottom line is the potential is huge, but the outcome will likely be in doubt until we're 2-3 days out (or later, lol). And keep in mind that the last 3 storms all delivered 1-2 feet or more of snow somewhere not far away, even if not for the immediate 95 corridor, i.e., we were only 50 miles off in storm 1 and 60 miles off in storm 3 and came pretty close to a foot or more along 95 in storm 2)."

RUChoppin said:
I also prefer when there is a date in the title, fwiw. Makes it easier to find when scanning the threads.
Click to expand...

Thanks. The other thing I always try to do with these and the gameday threads is to change the title as we get closer and know more, so people know in the title some hint of the outcome, i.e., some comment on whether it'll be sunny, rainy, hot, cold, snowy, whatever. It is annoying, though, that the site doesn't retain the original thread title for the posts made while that title was active (it used to), so the only way I can know that is to put a comment in the first new post after I change the title.
Reactions: RUChoppin
You must log in or register to reply here.
Share:
Facebook Twitter Reddit Pinterest Tumblr WhatsApp Email Link